I have always loved retro and classical furniture and like any sane person, I also love Lego.

One day bored and day dreaming, the idea came to me to combine both loves and create a series of Lego replications of retro and classical furniture as a small project. 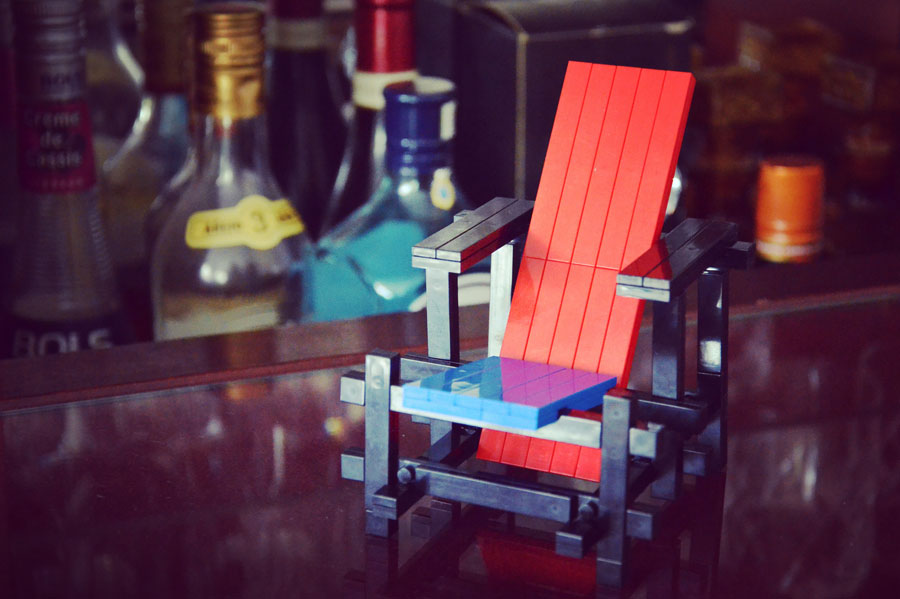 A friend told me this would make an excellent picture book, something small you could give at Christmas.

So I set about searching the books for pieces I could replicate with Lego.

After looking through them, I picked out a few. The best choice to begin with was Gerrit Rietveld‘s Rood Blauwe Stoel. A classic of the Modern Movement, the Red/Blue chair is the epitome of De Stijl design, with its flat and rectangular section, emphasized by yellow ends, all the pieces seem separate, but connected by a central core like skeleton. The spine is flat and the back and seat angled. 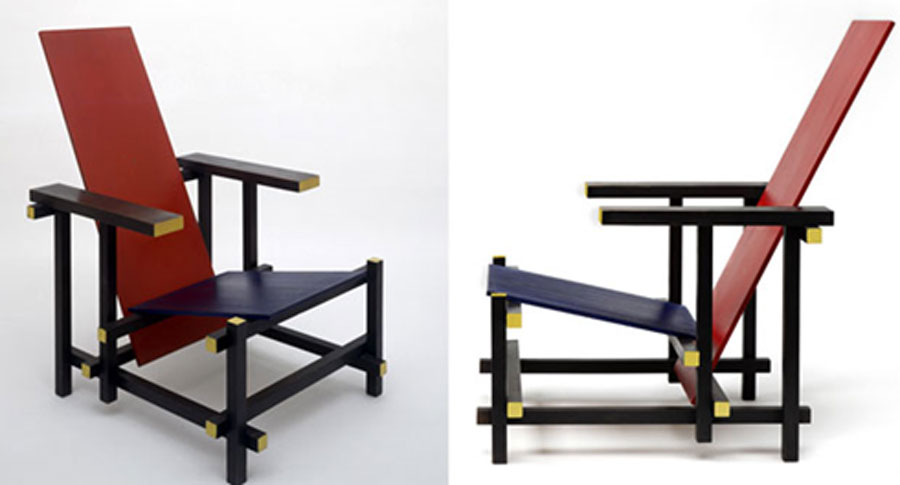 Straight off the bat, I must state, that there are a number of other Lego Red / Blue chairs which have been created…however, none are as elegant as mine. Most others are too chunky or large and would not fit well with a series of furniture which could be collected. They are basically individual pieces as opposed to being part of a collection. I am trying to build a collection of furniture which I am calling Exceptional Furniture.

As the chair is made of flat pieces, I knew flat tiles would be required to make the chair as authentic as possible. Using long slim plates, and then attaching flat tiles of equal length over them would also create a square diameter on the singular lines which made up the skeleton of the chair.

I could then construct the back area and seat area from a two layers of Lego elements again using plates topped by flat tiles, but just a larger area this time.

With the theory in mind, I broke out my bin full of Lego.

Even though I did not have enough flat tiles as I hoped I did, I knew the concept was sound and to just stick plates together to begin building. I cobbled together the frame but had to work it out to hold it together at different angles. The supporting rectangular frames – at the front and centre were easy enough – were easy enough to construct. However, attaching them to the two long parallel base supports were more difficult. After review, I came up laying the frames into the base plates of the support lines between two raised bumps at a perpendicular angle. 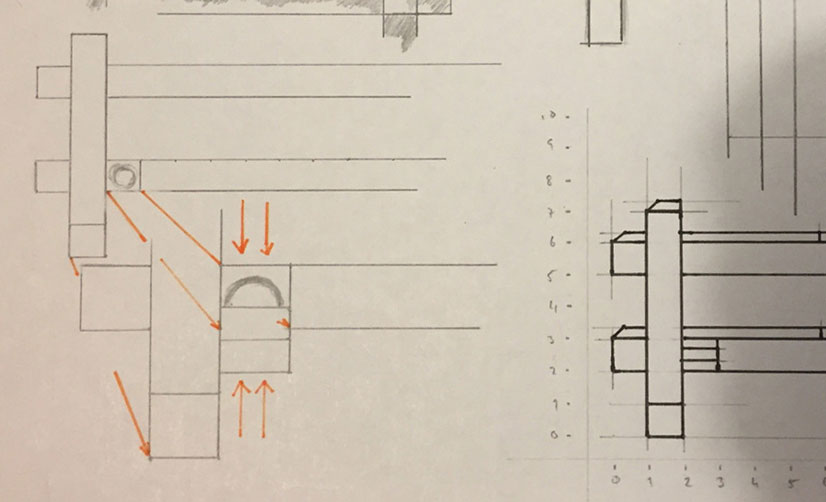 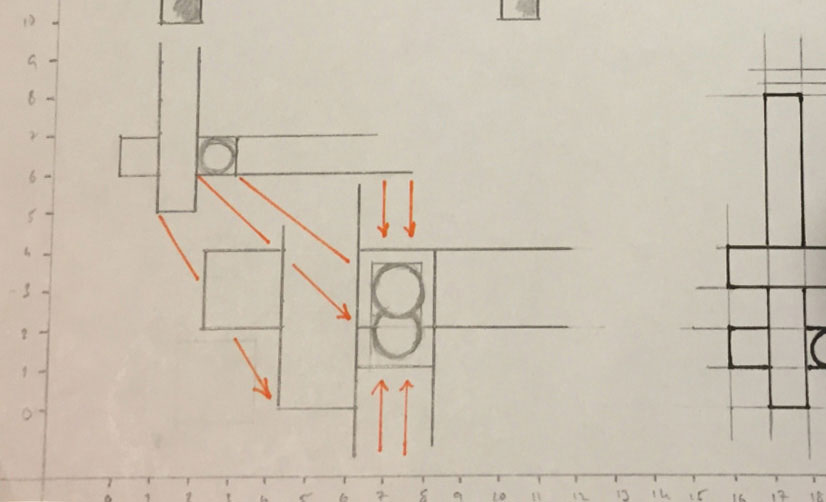 While not ideal, it worked.

As the two pillars at the back of the Red Blue Chair are no supported across their base, I used a 2×1 plate at a 90 degree angle to come off the pillar to also slot between two raised bumps in the lower plate element which made up the support lines running along the bottom of the chair.

The prototype ended up as: 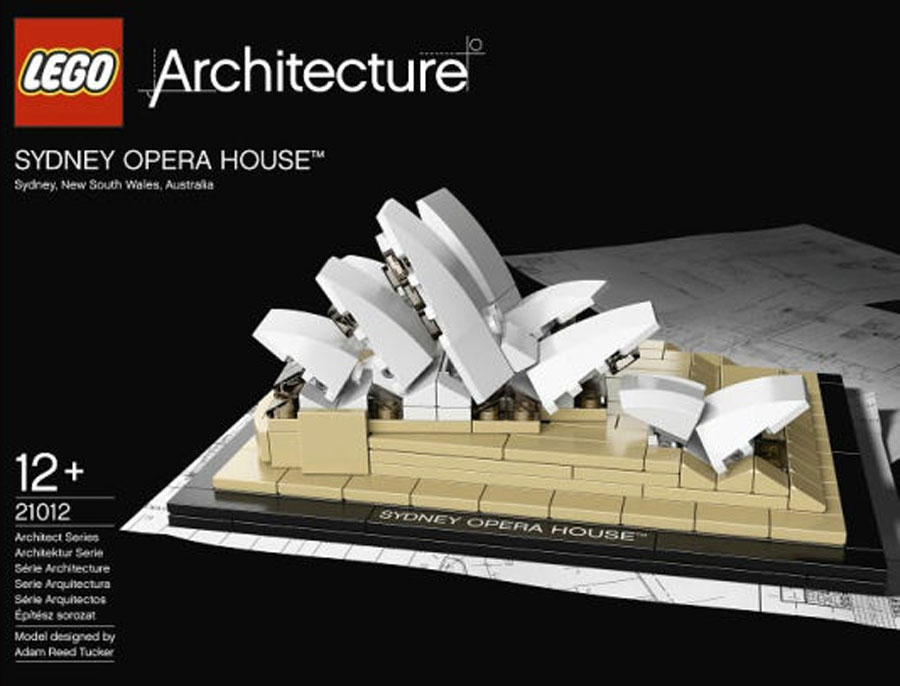 After getting the photo I wanted, I then got a vector for a presentation box for Photoshop from a friend. I came up with the title of Exceptional Furniture for the pieces as I didn’t want to go with something like vintage or retro as either of those words would not encompass all the furniture I would like to replicate as all would not fall into either category. Therefore I went with Exceptional Furniture hoping to cover all, as I was only going to pick the best types of furniture.

I tried a couple of different fonts of an Art Deco style before settling on a font called Jacked. I stylized the font a little and put on the appropriate information as per the Lego Architecture boxes and created by own version of the Lego logo to read Ealu. 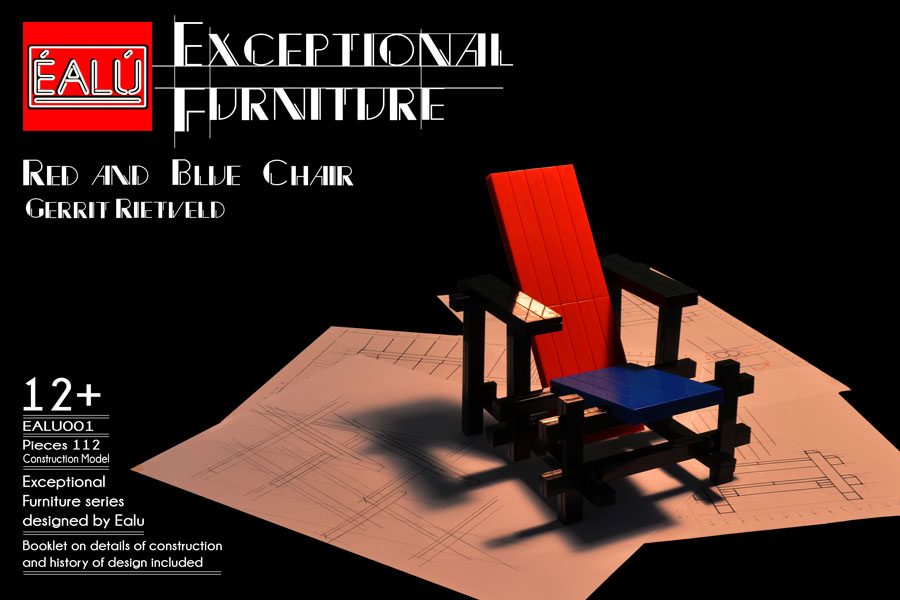 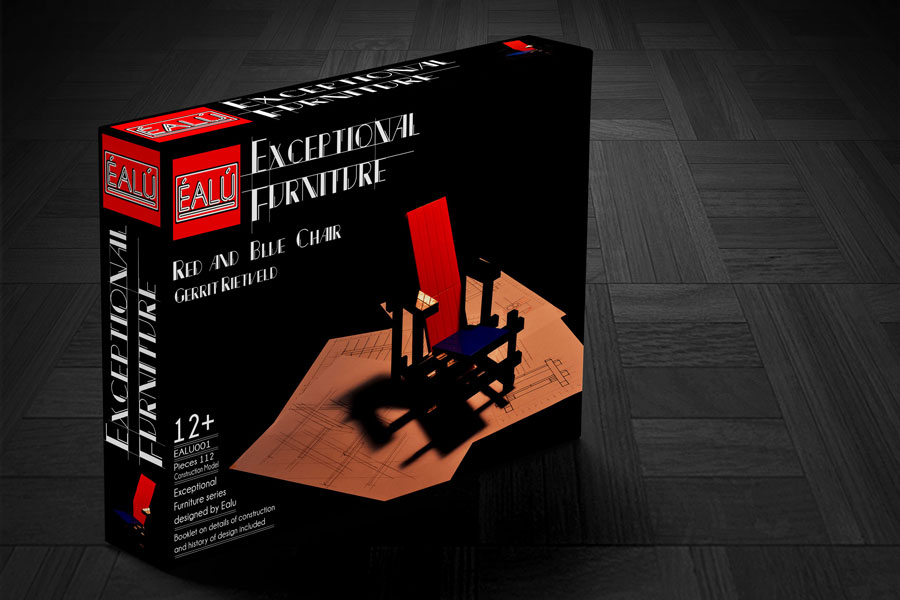 While I know the photos of the chair are very dark, this was actually my intention as Rietveld designed the chair so the central core like skeleton would blend into a dark or black back ground in a room and the red and blue elements were meant to appear as if floating in the air.

I was happy with these images but knew I would also require some product shots too.

So I created a miniature set of what I hoped would be seen as the chair under the stair way in the interior of a John Lautner house. In my mind, I say the chair standing on a platform of steps lined by white shag carpet, beneath a stair case hanging from corner walls paper with a 70’s wallpaper design. However, as you can see, even with the stair case, this didn’t really pan out. 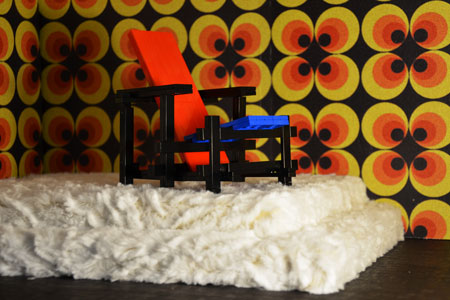 I knew I had to use something in my own home or had access to in a friend’s or relative’s house. I ended up using a drinks cabinet with a fold down bar top lined with glass and placed the chair on that.

I then photographed the chair in good natural light before applying a couple of filters. I think it panned out well in the end and this is one project I was happy with…despite the fact it took so long to finish. 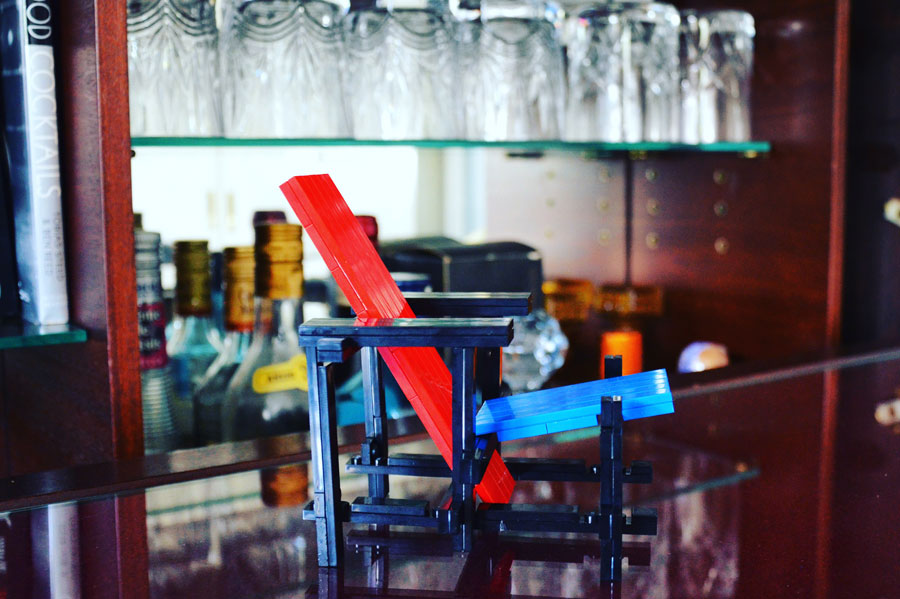 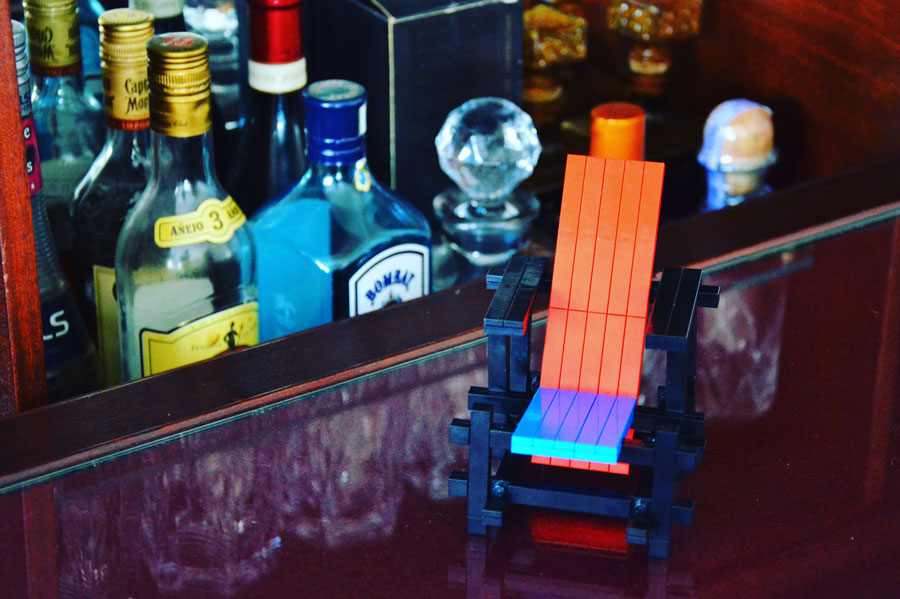