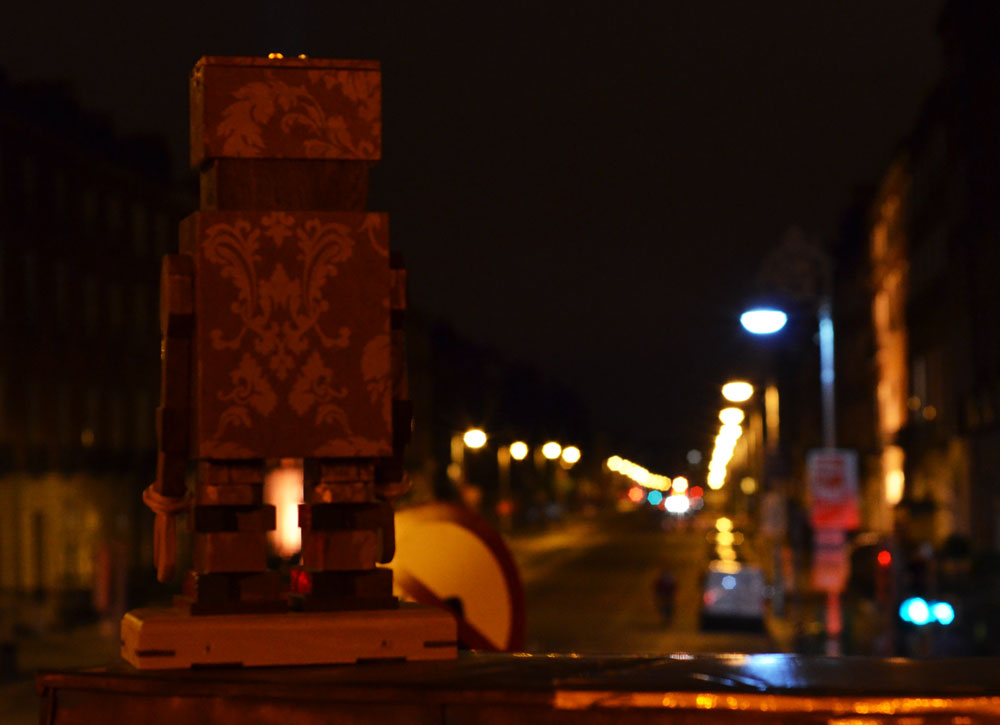 I created the CyBars as something for people to enjoy.

I hoped that people could spot them, look up and enjoy…but also, that someone with a little ingenuity could acquire a CyBar for free by climbing up to its perch and lifting it off its mount, to then bring home. I hoped that someone would then put it some where on display or use it, taking pride in this weird thing they found because they genuinely thought it was cool.

Photographing CyBars to take urban photographs from its POV is the other reason I want to put up the CyBars. Therefore, I needed to find a place with a nice setting for POV photographs but also a place where no one is going to get so drunk they want to throw rocks at it until they knock it off its perch and smash it.

Initially I wanted to mount it on a dry cleaner’s roof beside Stephen’s Green park which would provide beautiful shots of the light around Stephen’s Green Park. Unfortunately we could not get up onto an appropriate roof for a few reasons and it wasn’t panning out.

My friend Ste then made the brilliant suggestion of the little brick kiosk at the junction of Adelaide Road and Leeson Street. It was designed by Michael Moynihan (who also did the public toilets at St. Stephen’s Green) in 1929 as a water pressure station, public toilets and kiosk. However, it is now home to a small cafe…

After climbing on top of the kiosk with the help of three very good friends, I got ready to set up on the CyBar with a view down Leason Street and Fitzwilliam Place. 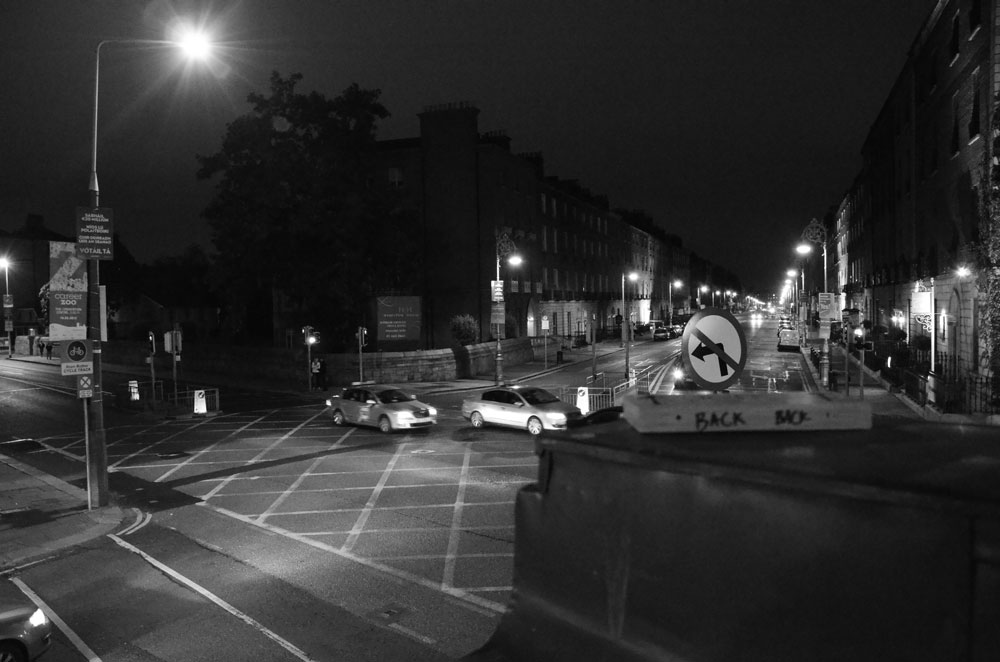 After securing the CyBar to its mount, I was then able to take photos of the CyBar’s POV capturing the beautiful atmospheric tungsten light which complimented the CyBar. 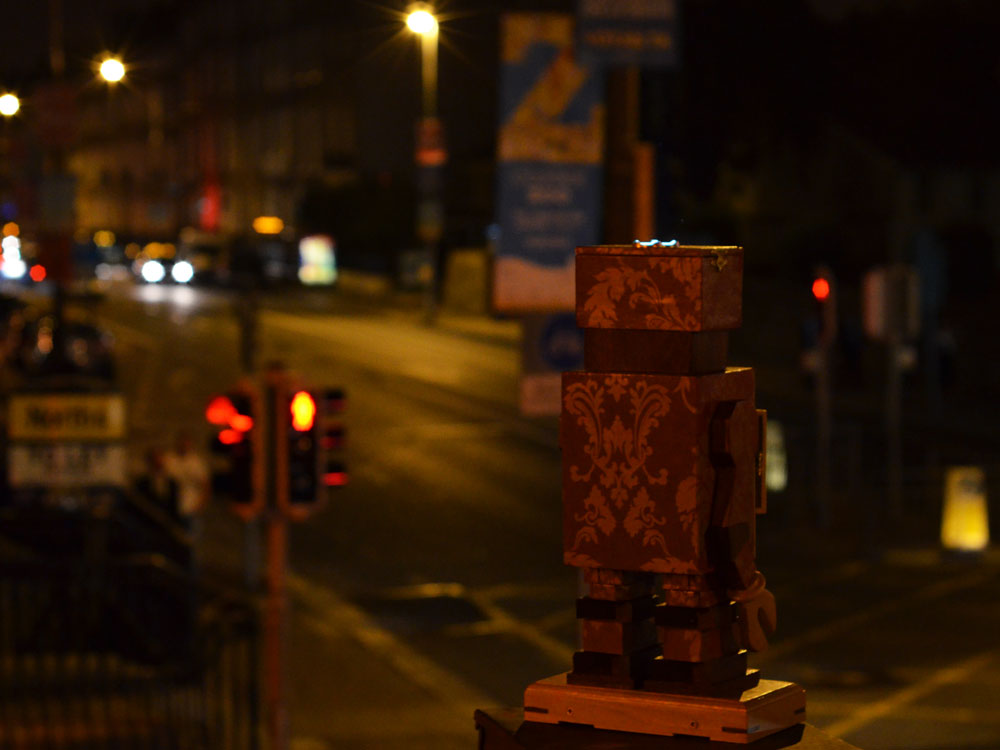 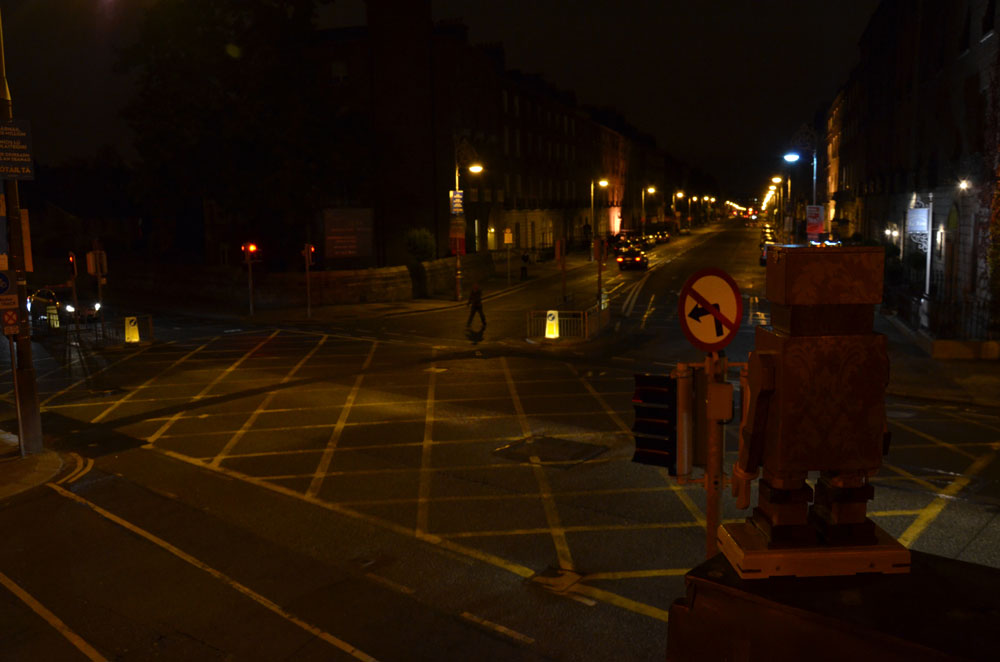 After getting photos from the robot’s perspective on the roof, I took some photos from underneath. 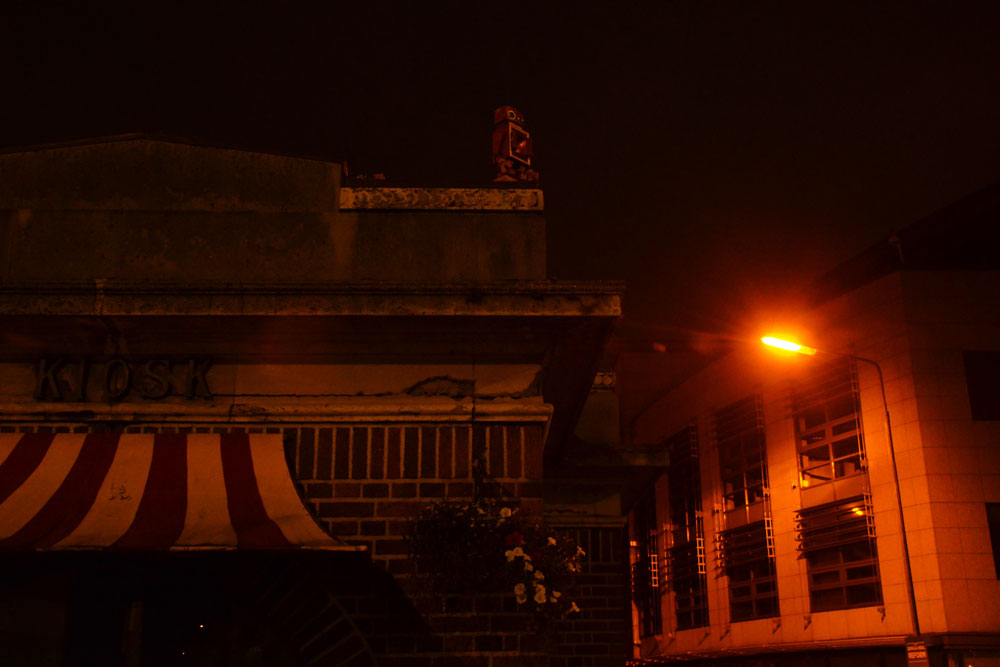 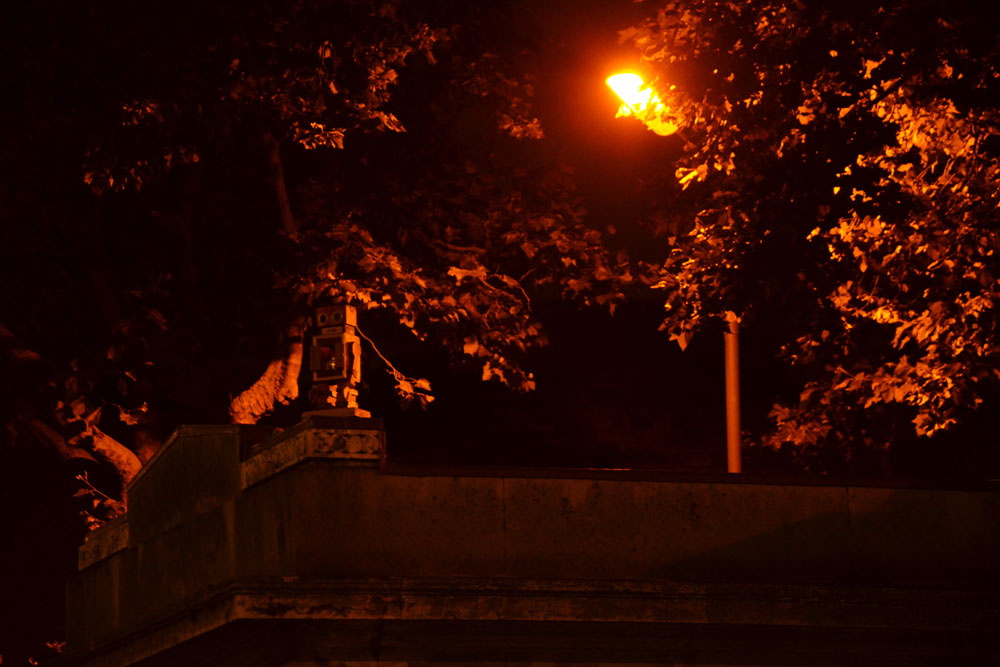 286080DD was placed on the roof on a Friday night. I stayed in town that night to get back early to see what happened to it. I didn’t realise, but the kiosk being closed over the weekend and was to be reopened on Monday. So I got some photos of 286080DD in all its daylight glory. 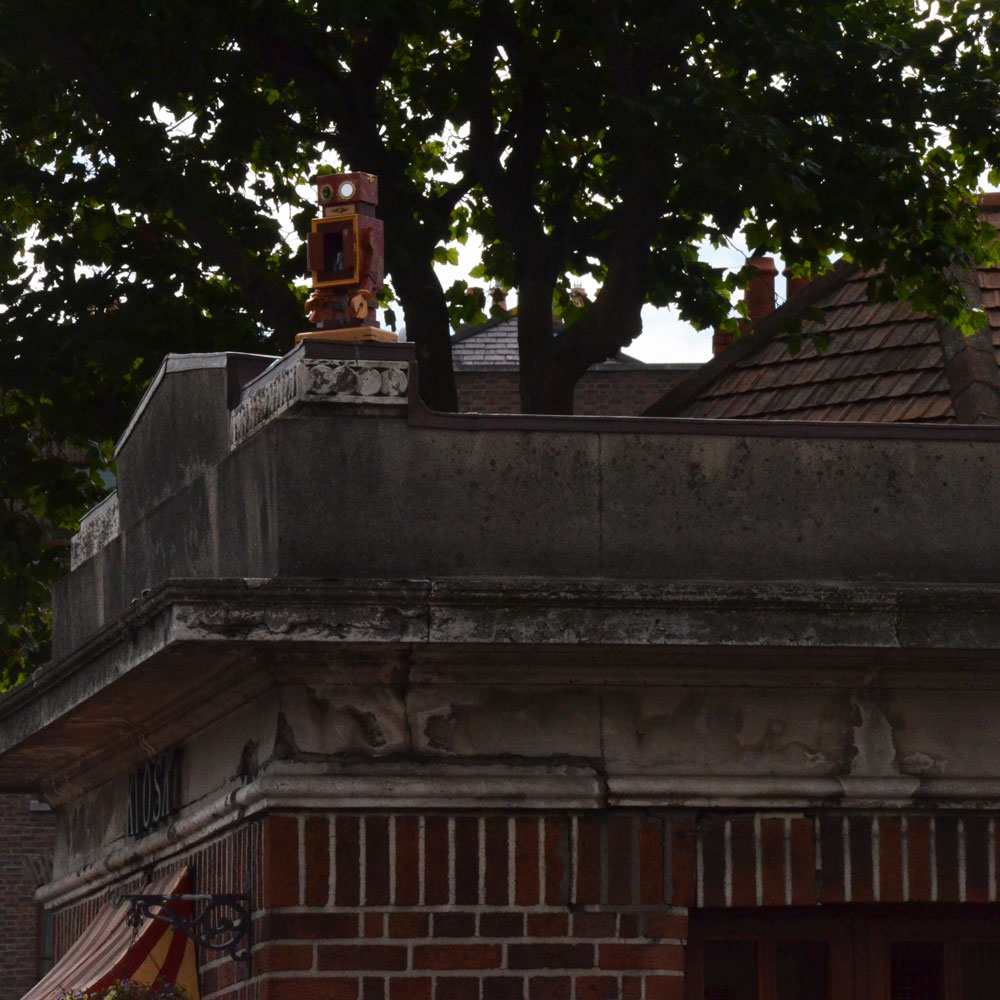 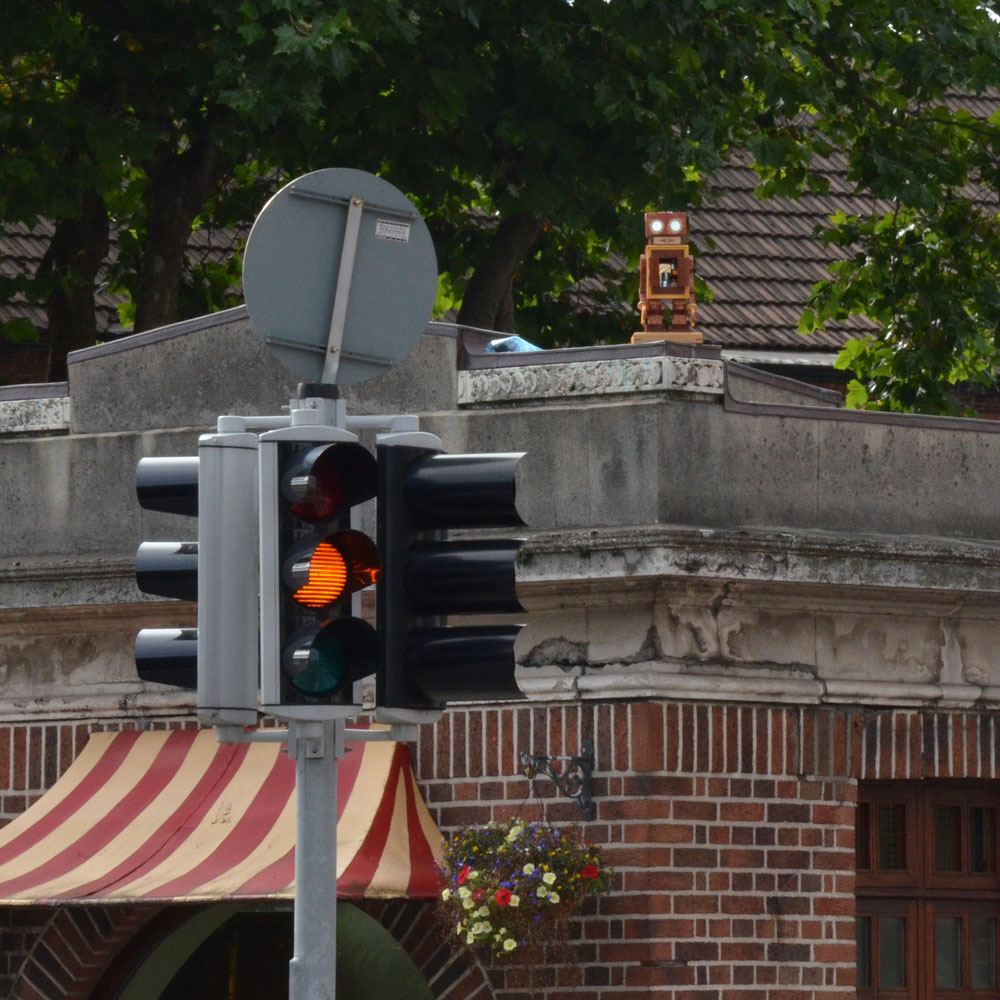 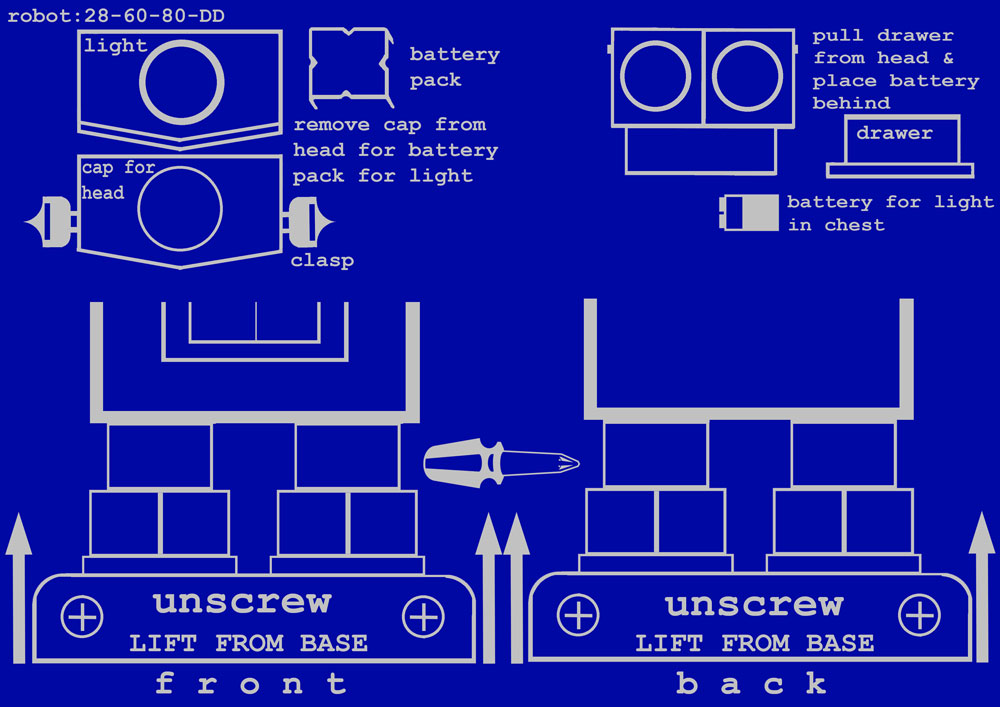 I returned on Monday night, and to great joy, I had found that the kiosk operators had removed the CyBar successfully and placed it in their kiosk for people to enjoy. 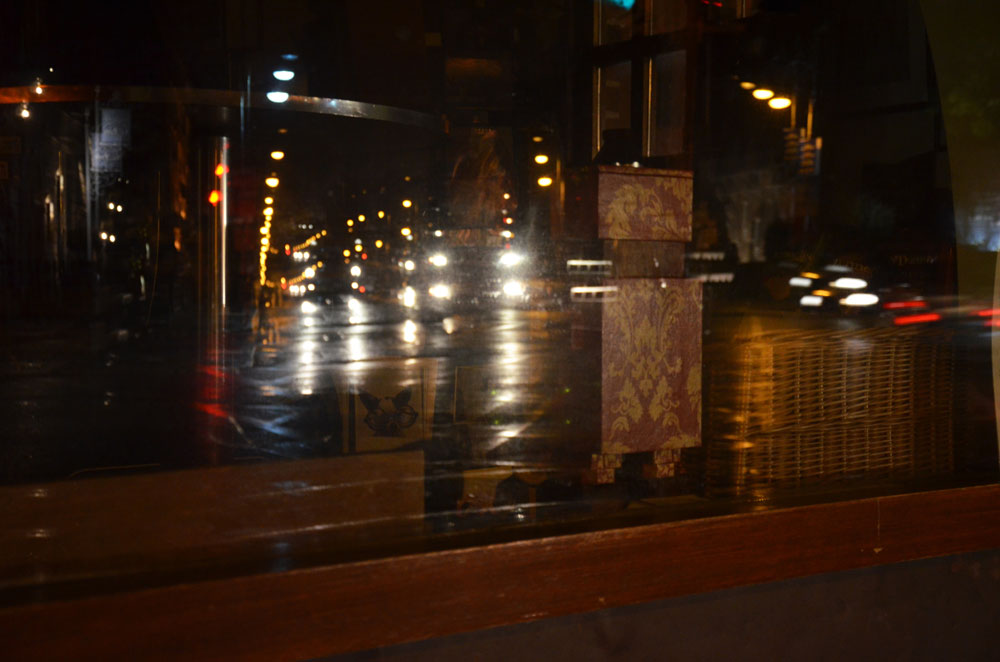 The CyBar remained in the kiosk for a couple of days before moving on…to what I hope was the placement in someone’s house who appreciates it. 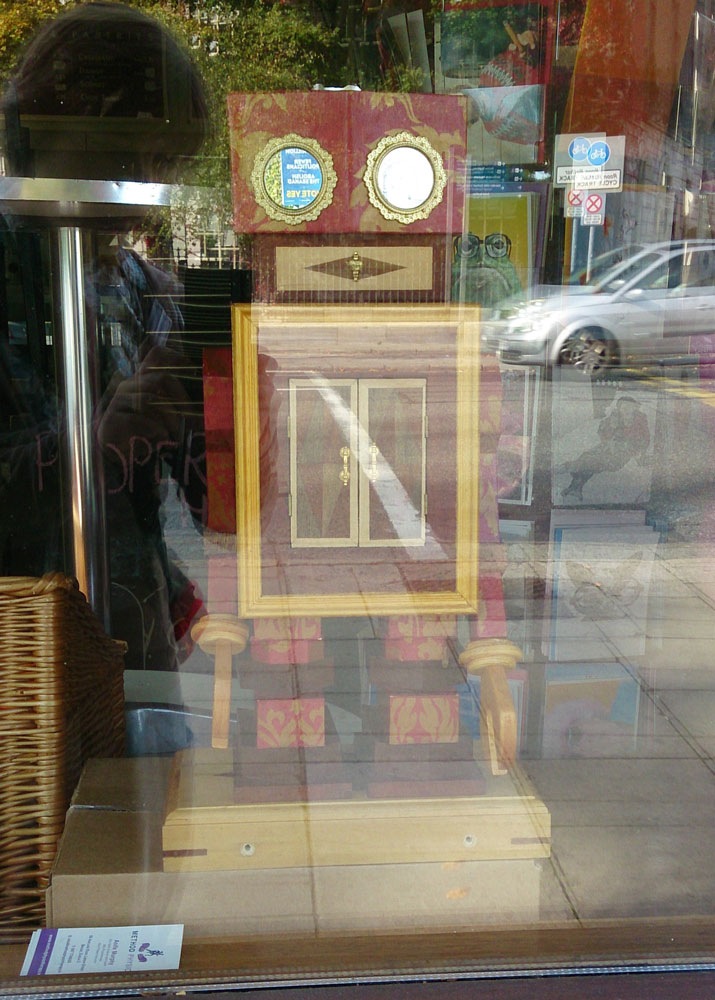