The idea for a Café CyBar came to me while in Berlin. An old, worn doorway to an abandoned building got me thinking about a café submerged in espionage during the Second World War which was worn by foot traffic and cigarette smoke.

Hand written the description of the CyBar which is below is in black and then notes on putting theory into practice are highlighted text.

After recently obtaining an old worn pallet I intended to use to make a frame for a Mondo Kill List poster, I decided to use the material for a CyBar instead after a trip to Berlin.

I would use the pallet in conjunction with some mahogany left over from CyBar 286080DD in order to add detail and highlights.

Wood on one side – interior – would be finely polished, then a stain used to make as smooth as possible. The outside of the chest area of the CyBar would be rough, the texture of the pallet in its current state.

The legs of the CyBar would be a mixture of all. Partial amount of rough pallet showing with mostly polished area being visible and accompanied by polished mahogany.

The front would be two mahogany doors hanging from a frame of the unpolished pallet wood.

Interior of the CyBar will be to reflect an early 20th century European café during the Second World War.

There would be parquet flooring which will be pine and walnut. There will be a border of mahogany on the floor.

I ended up cutting my losses but knew I could use the piece for something else and ended up just going with the parquet pattern with a mahogany border.

Inside there would be a small bar. The bar begins approx. half way down the space – resulting in two sections to the interior. The bar would be two small panels of 6mm MDF covered in mahogany veneer. There would be coving across the top which would be flat, creating a bar.

From the two pieces of veneered MDF / “bar”, a stand rises. A small rectangle box of four flat pieces of very thin panel – plywood was used – secured together which is then supported by four pieces of 6mm dowel which would be stained mahogany or possible stain like walls.

Behind MDF and underneath rectangle is where mini-bottles can be kept. The initial space in the interior would be for two glasses.

The ceiling would be lined with a mirror and the back also, but I would prefer 6 small mirrors tiled.

I wanted to place a doll house light in the interior again to illuminate the bar part.

Four battery powered lights would hang from the ceiling, possibly dangling. Maybe two on the roof and one on either wall. Don’t want to illuminate fully to see all the shit parts though.

The head would be same / very similar to the previous robot in the sense of small part then larger attached to the top.

The jaw would be similar to the previous CyBar, however…written text for jaw ends here 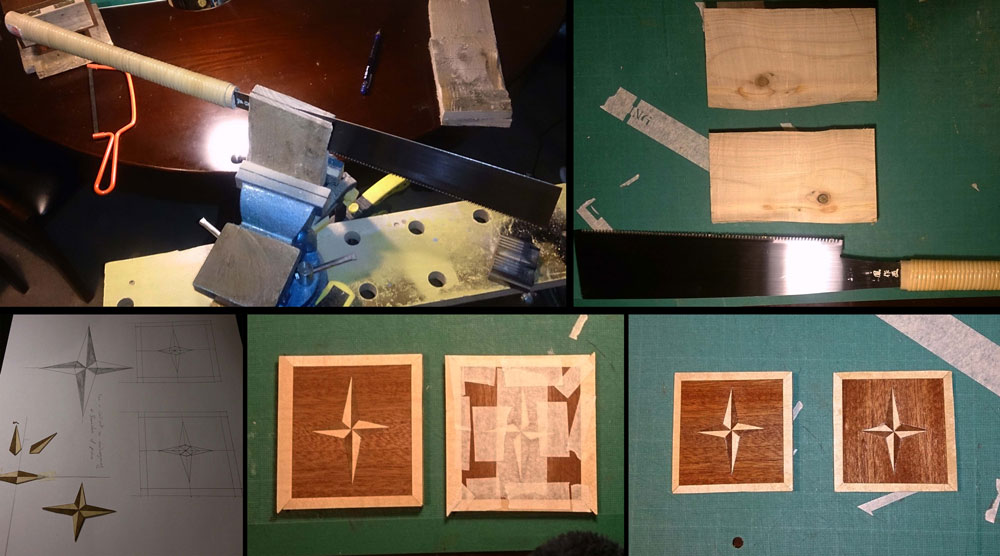 Claws will be made from strips of mahogany left over from robot 28-60-80-DD. 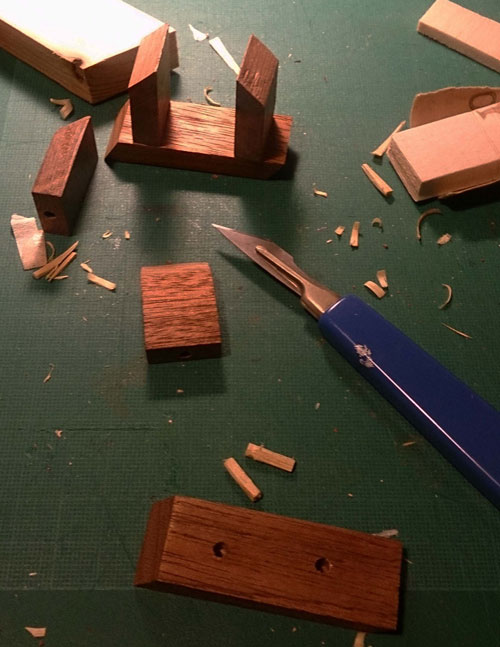 I was very happy with this design for the robot claws. Although it seems very simple, to me it was quite effective and I was happy with the result. In order to attach the fork elements securely I had to drill small holes in the pieces of mahogany and then use broken matchsticks as dowels to hold them together.

When I was putting together the claws together, I decided to make one more open than the other and while a very minor difference, I believe gives the robot more personality and it is not uniform all over.

Having learnt what happens when you construct the chest cavity prematurely from CyBar 286080DD, I ensured all parts had been constructed with the relative decorative elements and I was able to begin sticking CyBar 845050MC together. 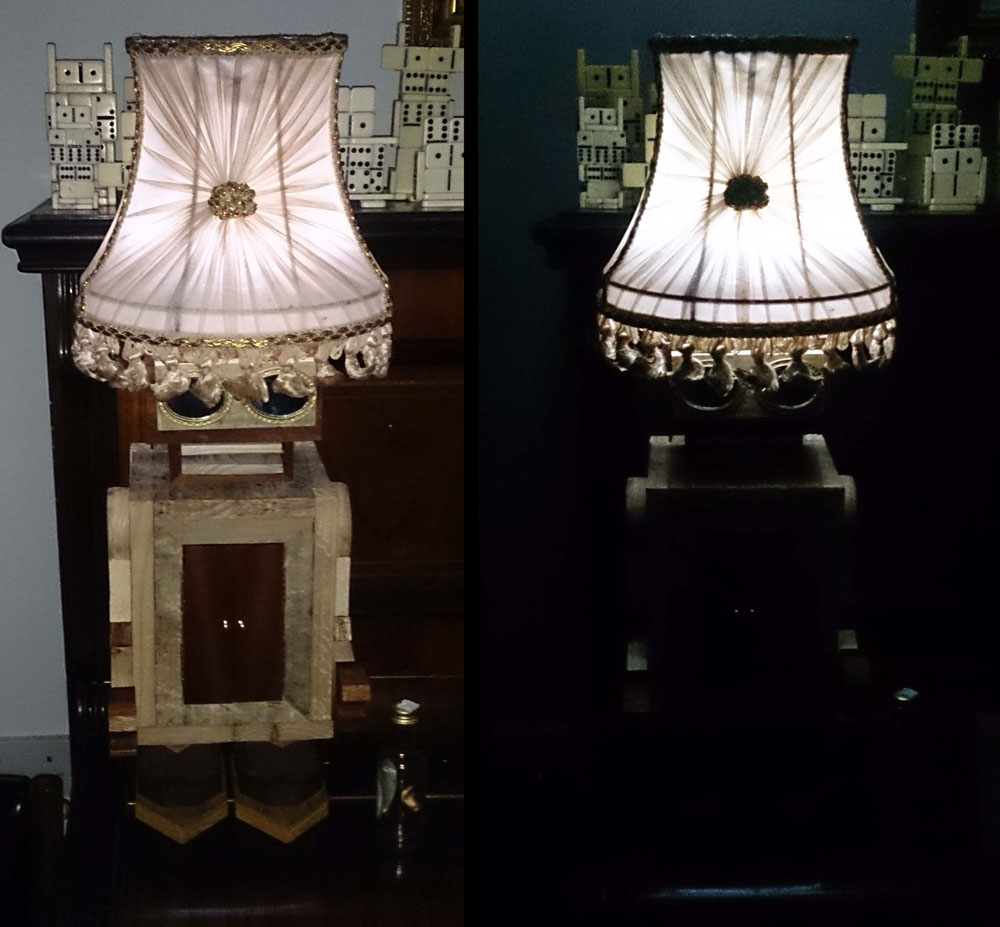 The final element of robot construction was the lamp element.

CyBar 845050MC was then complete and ready to be “placed” somewhere in Dublin City at a later date.