CyBar 5021CDN was constructed in the style of French Art Deco with themes of movement visible both on the CyBar’s exterior and its interior.

Elements of the movement’s architecture can be seen carved into the CyBar’s body which is made of spalted beech.

Added highlights in walnut on the CyBar’s exterior emphasize Art Deco as they follow patterns which remained constant throughout the movement.

Shell pattern mirrors line the side walls of the chest interior with a peacock made from ebony, pine and rosewood veneer on the upper back wall above a walnut shelf to hold shot glasses.

The floor is a standard yet complex Art Deco pattern made from ebony and pine.

A small black marble tray is also housed in the chest cavity for serving drinks from.

You can contact Conor for further information on the creation of a personalised CyBar by emailing info@ealu.ie or by clicking on the link opposite to take the survey. 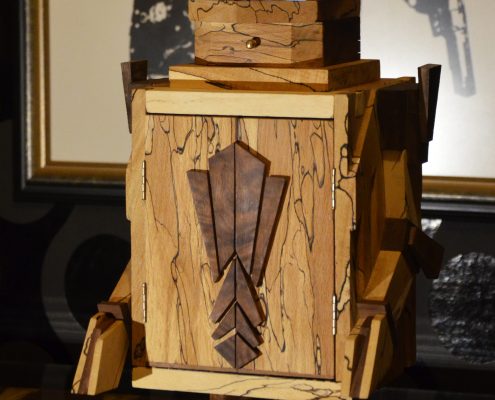 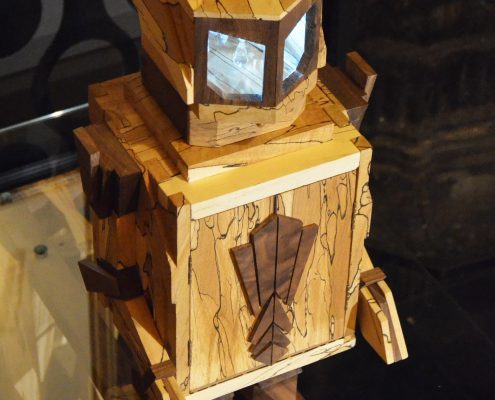 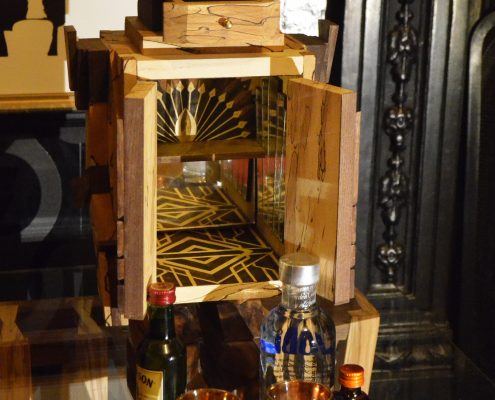 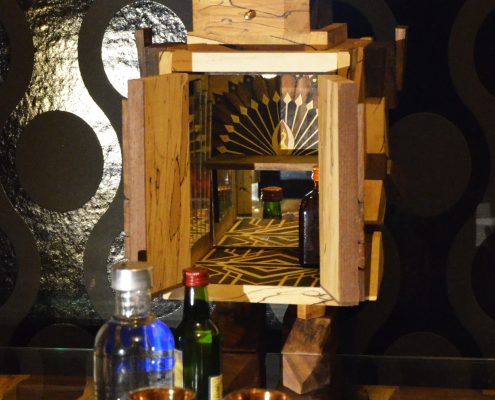 An Diallait
Scroll to top