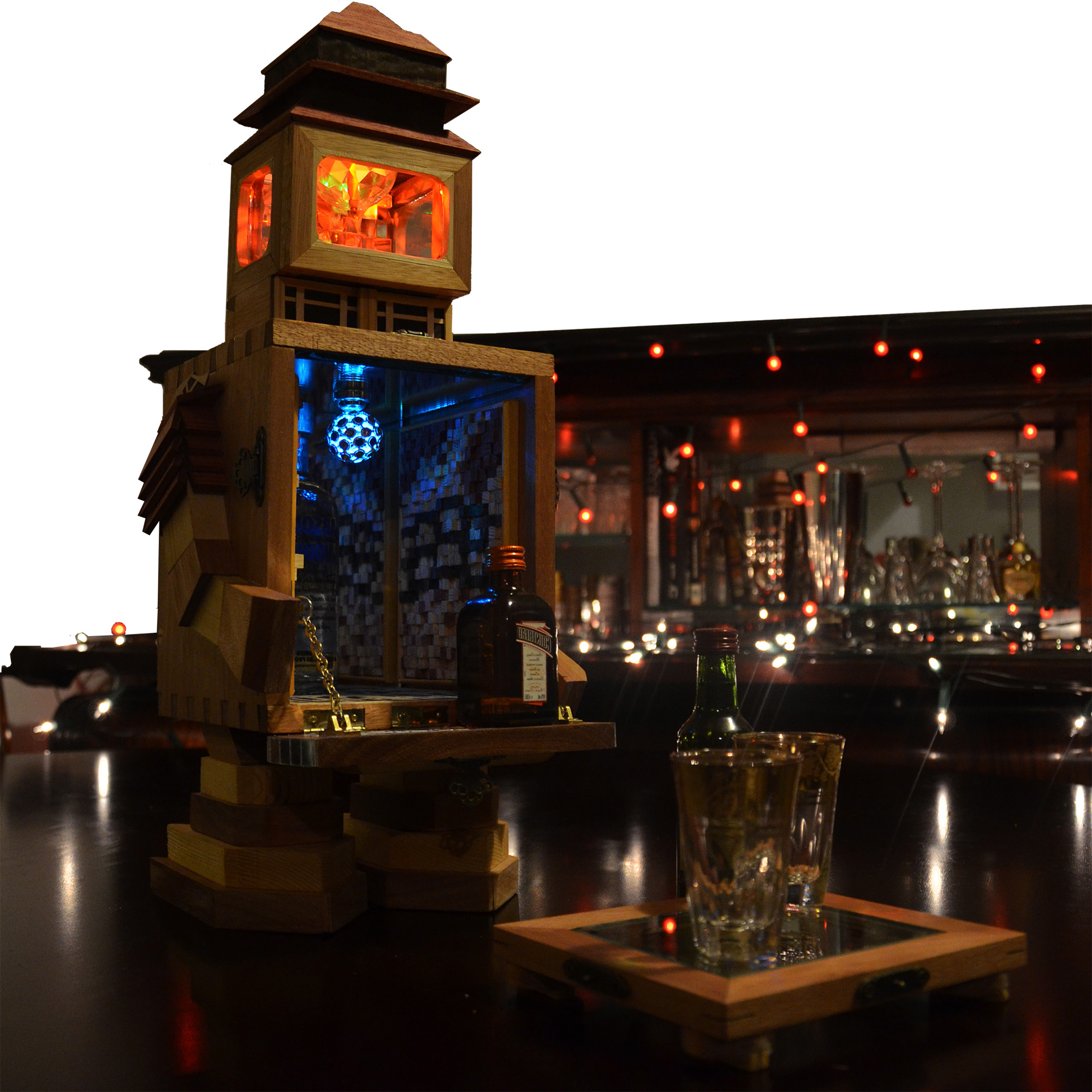 CyBar 611013CDN’s theme is based on elements of Japanese culture including vintage television sets, Monet’s Japanese foot bridge paintings, pagodas and of course, the bright lights of the dance halls in Shinjuku City!

CyBar 611013CDN’s features include a fold down bar, a detachable tray for carrying and sharing drinks and a rotating disco ball light to accompany any inspired dancing.

CyBar 611013CDN is made from cherry wood with maple and dyed pine detailing creating an 8-bit image of Monet’s famous Japanese foot bridge on the interior walls of the chest cavity.

You can contact Conor for further information on the creation of a personalised CyBar by emailing info@ealu.ie or by clicking on the link opposite to take the survey. 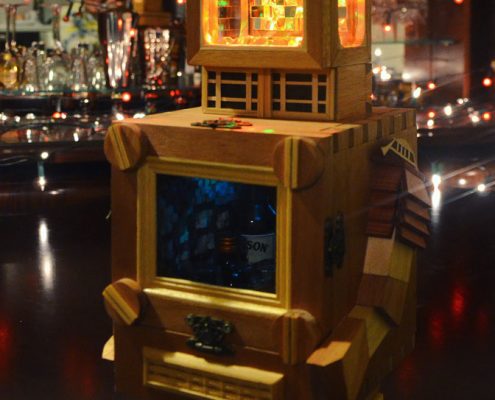 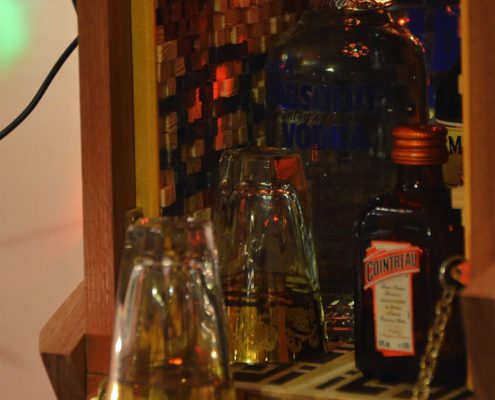 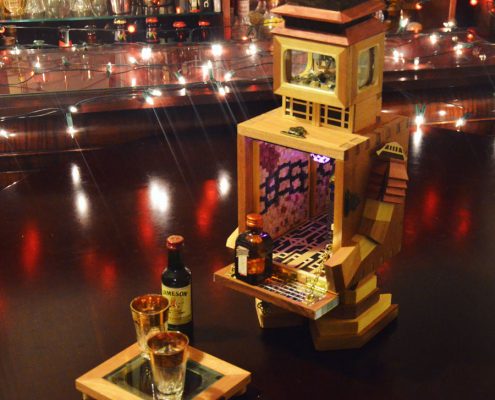 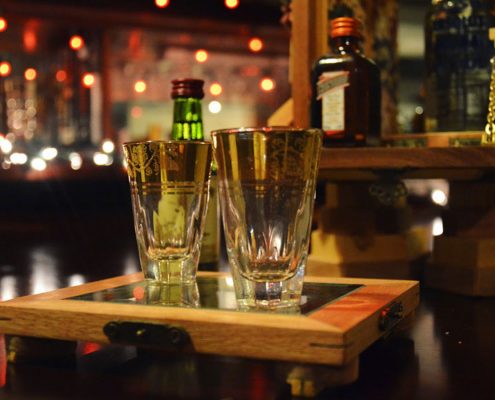